After you have successfully made a promotion, and it is live and running, you can check what actions are being taken and how it is performing. Wait for about half an hour after the promotion has been made to check the activity status. 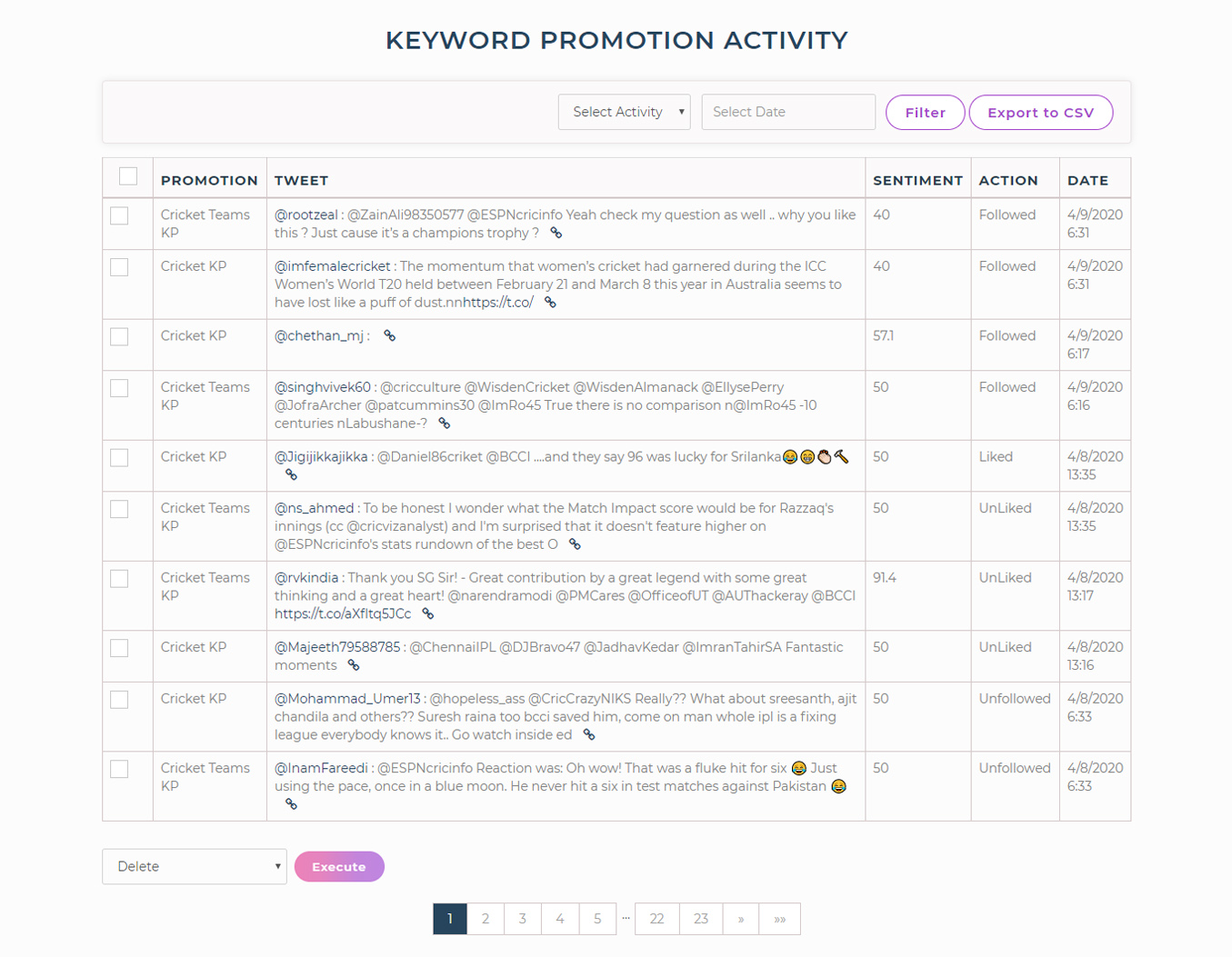 At the end of the keyword promotion activity panel, you will be able to a drop-down menu with an ‘execute’ button beside it. The menu will have several options - 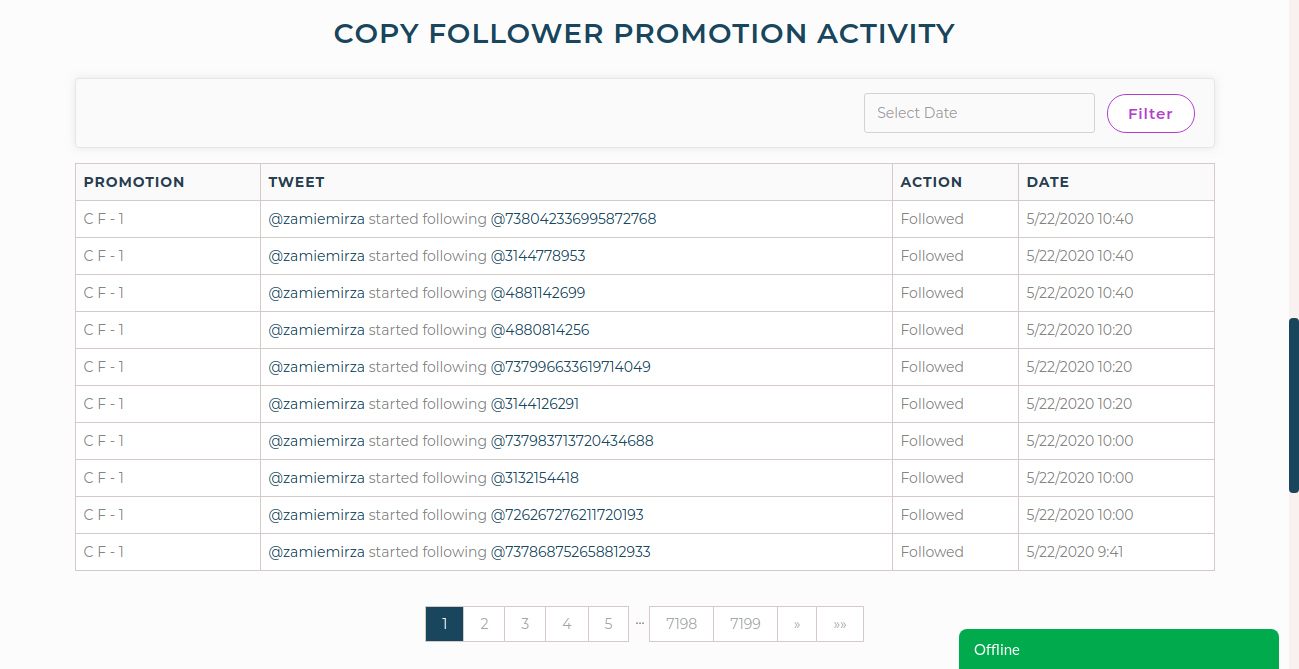 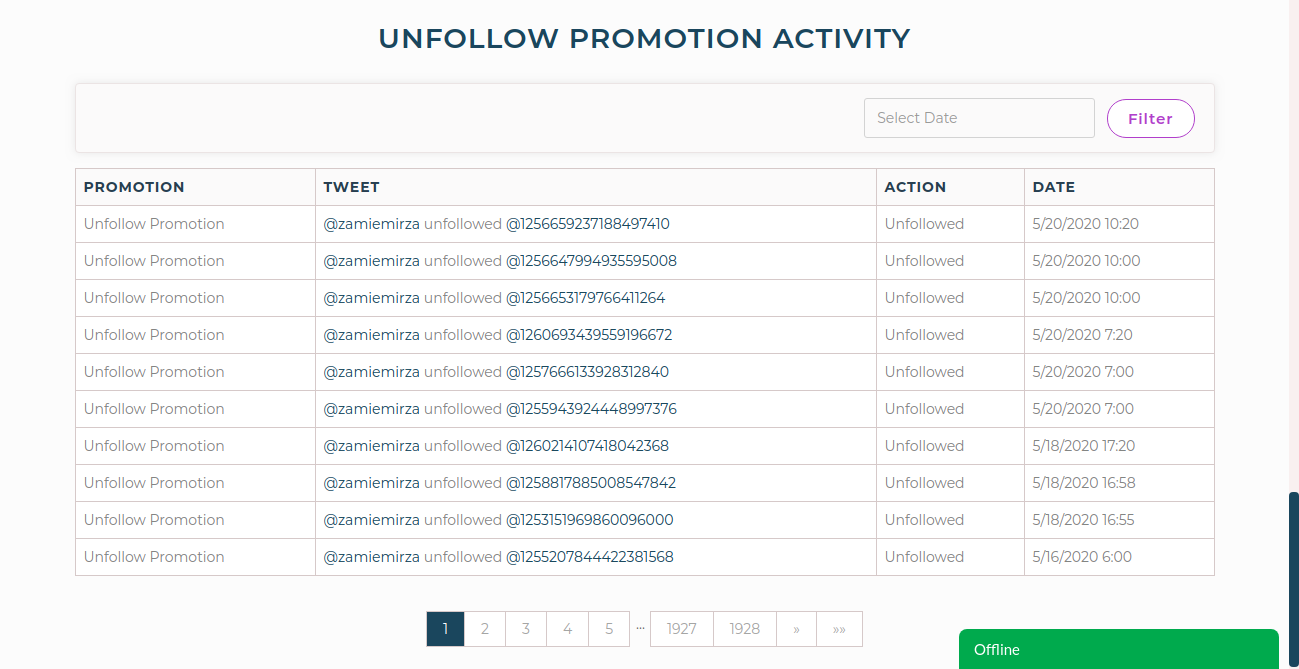 This shows almost similar data as the copy follower promotion. 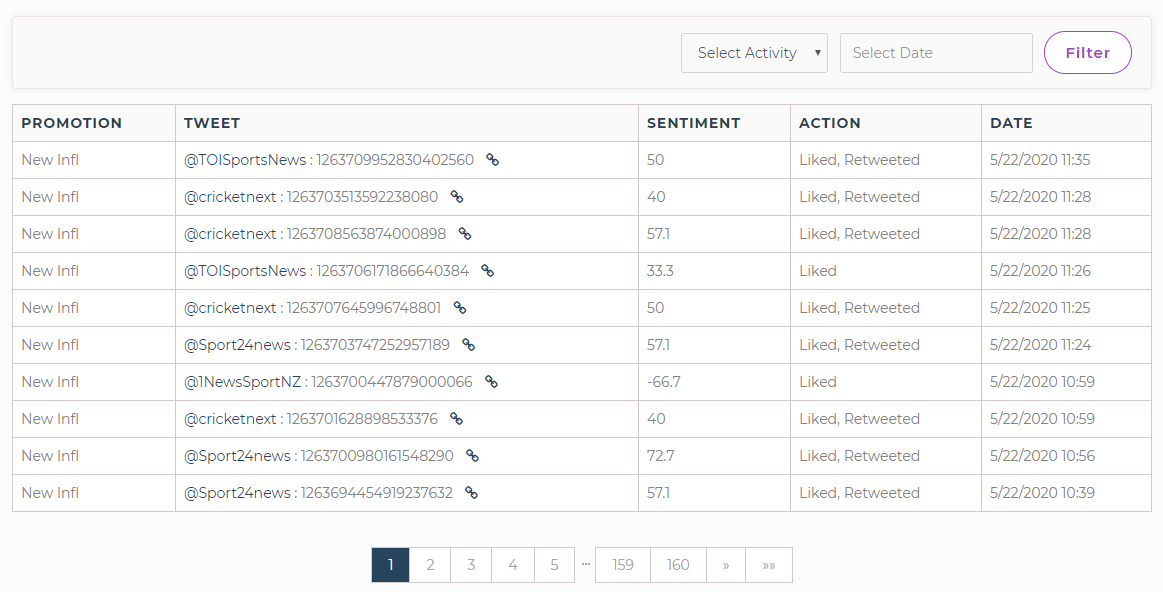